Margaret Hough, Co-Director and Drama Tutor with Spotlight Stage School, has an Associate Diploma from the Leinster School of Music. She has also trained with Chrissie Poulter in the areas of improvisation and text analysis, Rowan Tully, mime and Blue Raincoat Theater Company, physical theater. A founder member of Granary Players, she has both acted in and directed many of their highly successful productions.

She has received numerous awards for Best Producer. Most notable productions include ‘Dancing at Lughnasa’, by Brian Friel, ‘Shakers’, by John Godber and Jane Thornton, and an adaptation of Lewis Carol’s, ‘A Christmas Carol’ for actors and choral work. She has also toured professionally with Island Theater Company.Margaret is a member of Binneas Chamber Choir, and she is currently performing with Seoda Chamber Choir.

Script writing is a regular feature to Margaret’s work, and she both devises and scripts Spotlight’s annual production. She also creates original scripts for class work.

She has recently performed with Shortt Comedy Theater Company Ltd., as Cissy Cullen in RTE’s critically acclaimed Killinaskully. She also played the part of Nora Considine in the comic series “Mattie”.

Her combined broad experience in the above mentioned projects and studies over the past twenty five years, brings a sound and highly creative dramatic programe to Spotlight Stage School.

Judy has a long standing career in musical theater, dancing and singing.

A founder member of Jasmic Dancers, she regularly performed in the late Eamon O’Connor’s Christmas shows. From there she traveled extensively with the internationally renowned group ‘Up With People’. Having performed all over the world she went on to become a professional dance tutor within the organisation.

On returning to Limerick, Judy became involved in many musicals with ‘Le Groupe’ and Cecilians playing lead roles in ‘Sweet Charity’, ‘Pajama Game’, ‘Show Boat’, ‘Mack ‘N Mabel’, ‘Anything Goes’ and ‘Cabaret’ but to name a few.

As well as being involved in musicals, Judy was a member of the Granary Players for several years and won a Joint Actress Award for the play ‘Shakers’ on the 3 Act Festival Circuit.

It was with Granary that Judy and Margaret met. Their love of theater and performance led them to set up what has become Limerick’s most successful stage school ‘Spotlight’.

Judy is currently entertaining audiences at Dolan’s bi-monthly ‘SUPPERCLUBS’ which concludes each year with her ‘CHRISTMAS WITH JUDY’ supperclub specials.

For further information Judy and Margaret can be contacted either online through email or by telephone: 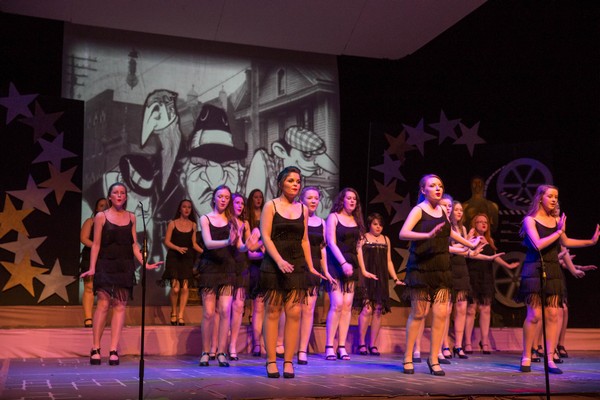